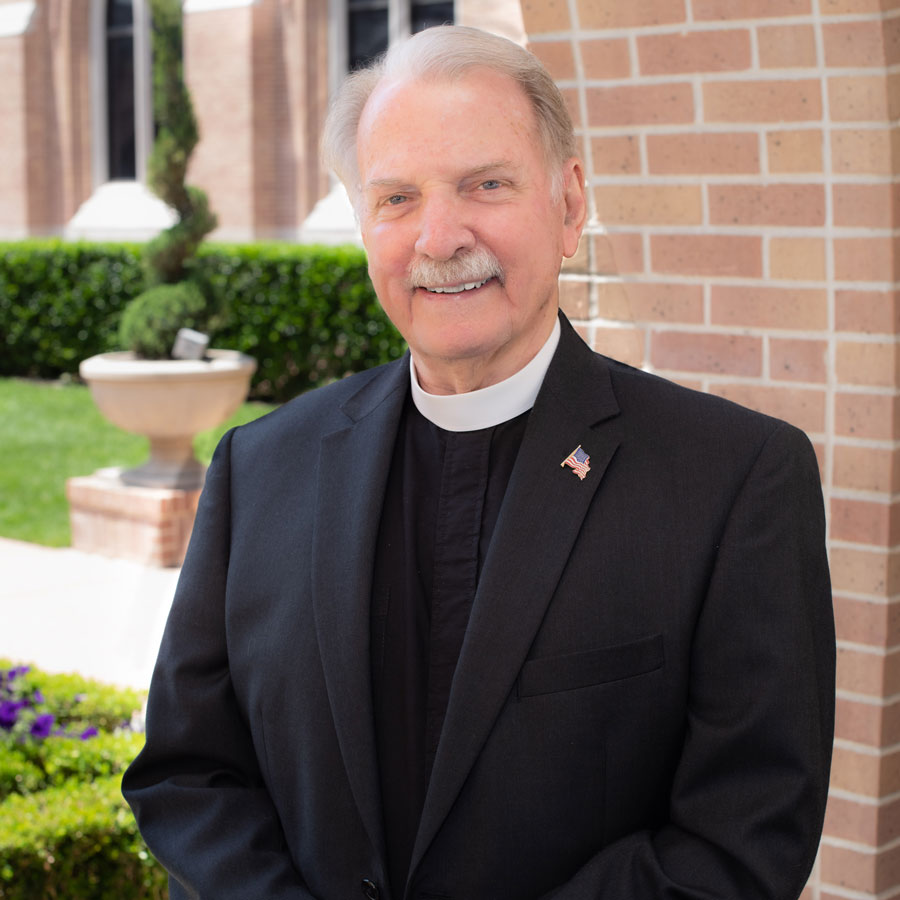 The Rev. Nick Dyke came to St. Martin’s in 2013. He was born in London, England, and attended Texas A&M University, North Texas State University and South Texas College of Law. After several years as owner of his own building supply company in Austin and San Antonio, he attended the Episcopal Seminary of the Southwest in Austin. After being ordained, he was the Deacon-in-Charge and then Rector of Holy Comforter Mission in Spring, Texas, before becoming Rector of St. Andrew’s Episcopal Church in Bryan and Vicar of St. Phillip’s Episcopal Church in Hearne. The Rev. Dyke has helped serve the Seminary Alumni Association and San Jacinto Convocation. He retired in 2004 and has served as Interim Rector at seven churches since then. He and his wife, Kathleen, have five children and nine grandchildren.