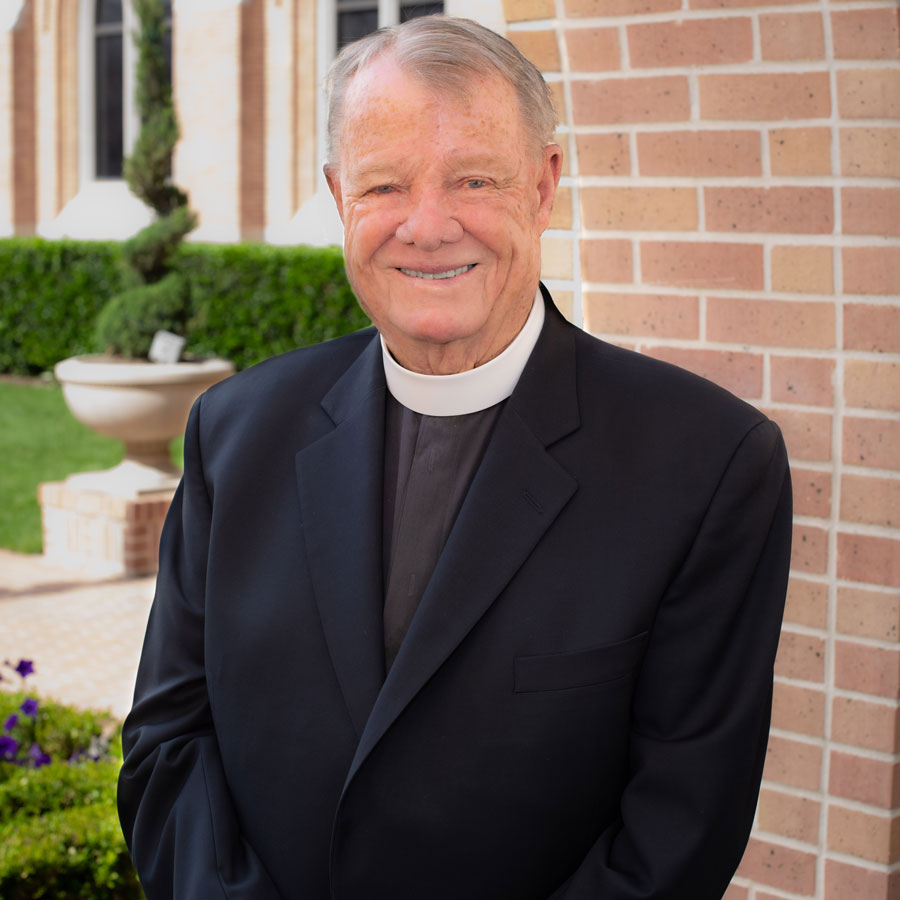 The Rev. Richard (Dick) Elwood was ordained June 27, 1966, and began as Assistant Rector at Palmer Memorial, Houston. After five years, he was called to be the Rector of Christ Church in Tyler. From there, he served as Rector of Good Shepherd in Kingwood, and then as Rector of St. Mark’s Beaumont, where he served for almost 17 years. He joined the staff of St. Martin’s in 2000. At St. Martin’s, he was the Director of Worship and oversaw worship services, including the worship booklet, acolytes, ushers and the Altar Guild. He “retired” in 2005 and became the Interim Rector of St. Barnabas in Fredericksburg. He also served as Interim Rector of St Peter’s in Kerrville, St. Christopher’s in Bandera and St. Thomas in San Antonio. He returned to St. Martin’s from 2011 to 2013. In addition, he did supply work throughout the Diocese of West Texas. After his wife, Jane, died, he returned to Houston to be close to his daughter, Allie Hippard, and son, Rich Elwood. He rejoined the staff of St. Martin’s in 202 and says he is grateful to be “back home.”