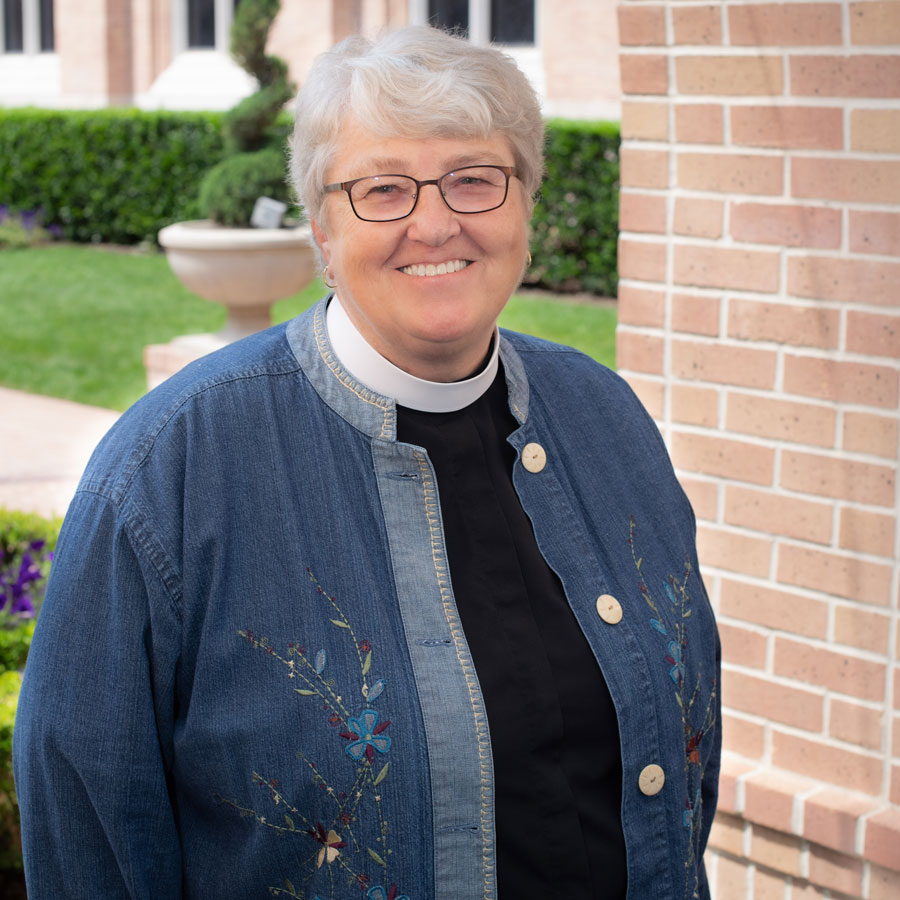 The Rev. Gill (pronounced “Jill”) Keyworth joined St. Martin’s in 2020 and works primarily in the areas of pastoral care, with responsibilities for the Shepherd’s Guild. She previously served at St. Paul’s Episcopal Church in Katy. She is trained in Crisis Chaplaincy and is a trained Stephen Ministries leader. Along with Deacon, the Rev. Jim Cunningham, she was in the first class of deacons at the Iona School for Ministry in Houston and was ordained in February 2007. She did her Clinical Pastoral Education at the University of Texas MD Anderson Cancer Center in Houston. The Rev. Keyworth is from England and grew up in the Church of England. She earned an engineering math degree from the University of Bradford. She and her husband, Rod, have lived in Houston for 18 years, and have two adult children, and four grandchildren.