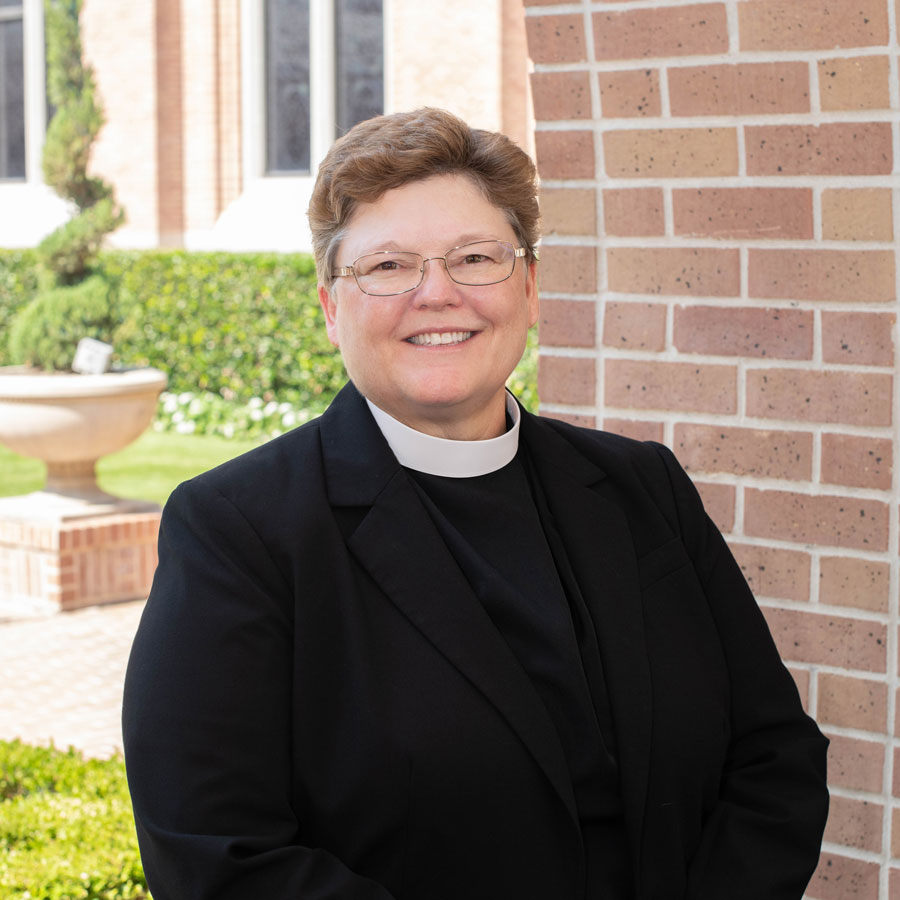 The Rev. Lisa R. Neilson joined St. Martin’s in September 2019 and serves as the Vicar for Pastoral Care. She leads Pastoral Care ministries, coordinating clergy response to pastoral needs of the congregation. She serves as the clergy liaison for several groups, including the Episcopal Church Women of St. Martin’s, Saintly Stitchers, St. Clare’s Needlepoint Guild, Blanket Ladies, Prayer Shawl Ministries, and the Gathering.

Before arriving at St. Martin’s, she served in College Station as Campus Missioner for Texas A&M University and Blinn College. She earned a bachelor’s degree in political science from Syracuse University where she was also enrolled in the Reserve Officers Training Corps. After graduation, she was commissioned as an officer in the U.S. Army and served on active duty for nine years as an Army logistics officer. She then worked in management for BSNF Railway in Chicago and Fort Worth. She earned her Master in Divinity degree from Virginia Theological Seminary in 2016.

She and her husband Bob, a retired Army officer, have two adult children, Heather and Ian, and two grandchildren, Caleb and Peyton.