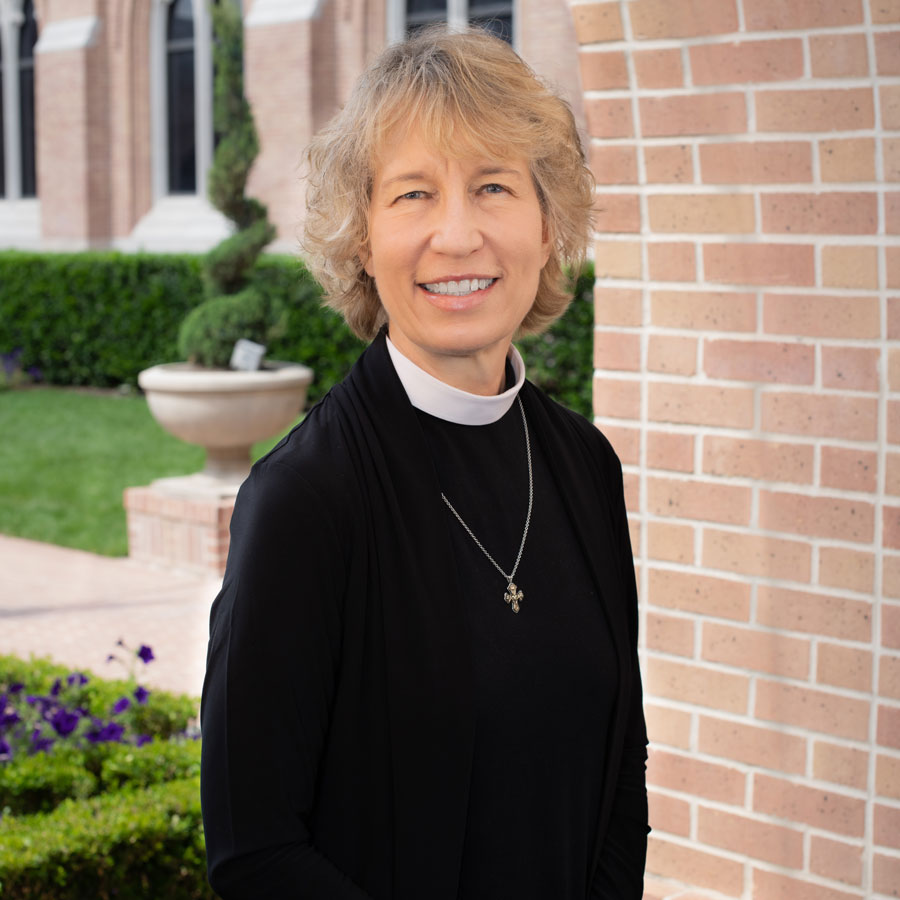 The Rev. Sharron Cox joined St. Martin’s in 2020 as an Associate for Outreach, Pastoral Care and Women’s Ministries. She is a lifelong Episcopalian and a trained spiritual director who led contemplative workshops and spiritual formation groups for many years prior to her ordination. Sharron was born and raised in Texas City and was baptized and confirmed at St. George’s Episcopal Church.

She received a Bachelor of Science degree in sociology and business from Texas A&M University and an MBA from the University of Texas at Austin with concentrations in finance and accounting. After brief stints in both banking and commercial real estate, Sharron spent 22 years in health care administration, primarily in health policy.