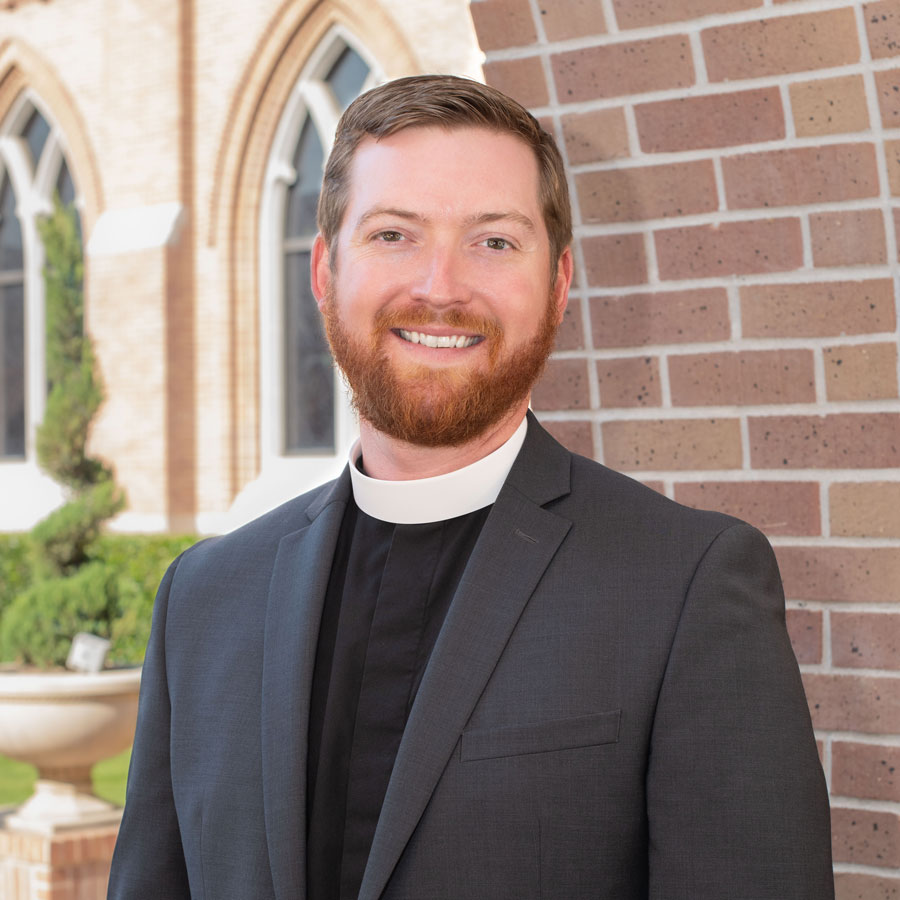 The Rev. Wesley Arning joined St. Martin’s in 2021, after serving as the Priest in Charge and then Rector of St. James the Less Episcopal Church in Madison, Tenn. At St. Martin’s he works with a number of groups and programs including young adults and small group efforts. He earned undergraduate degrees in psychology and Biblical studies from Gordon College (Boston), where he studied abroad in Jerusalem for a semester focusing on Rabbinic thought and literature and Biblical archaeology. He holds a master’s of divinity degree from Virginia Theological Seminary. His ministry interests include evangelism, developing small groups and anything connected to C.S. Lewis. He has served as the ecumenical officer for the Diocese of Tennessee, and was a member of the Standing Committee for the diocese. He enjoys hiking in the national parks, playing sports and cheering for his beloved Boston Red Sox. He and his wife, Megan, welcomed their first child, Hannah, in 2021. They also have a Golden Retriever, Sadie.