Lent is a 40-day observance beginning with Ash Wednesday where Episcopalians and Christians around the world acknowledge their failings, faults and sins. On Ash Wednesday, Clergy impose ashes on worshipers’ forehead, making the sign of the cross. The liturgical color of the season is purple. The color purple represents the penitent mood of Lent. 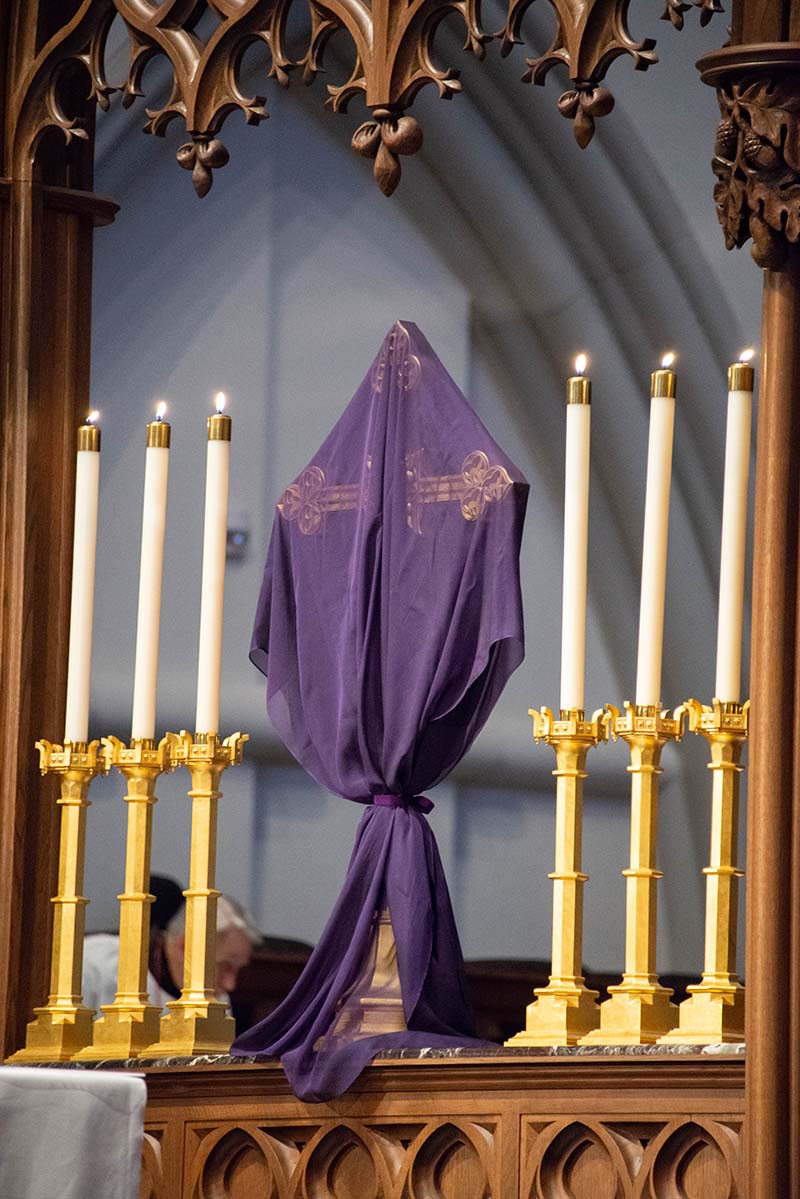 Lenten Quiet Day is a reflective day of prayer, meditation and contemplation. This day is central to St. Martin’s Lent traditions and is sponsored by St. Martin's Chapter of OSL.

The image of the desert reminds Christians not only of Jesus’ entry into the wilderness at the beginning of His earthly ministry, but the spiritual dryness that they sometimes encounter in their spiritual journeys. Time in the desert forces Christians to face truth about themselves and truth about God. The season of Lent usually calls them to wrestle with their complacency in their walk with Christ, forcing Christians to respond to a renewed call to new life amid these periods of aridness.

St. Martin’s Clergy will share meditations on three themes of the desert. 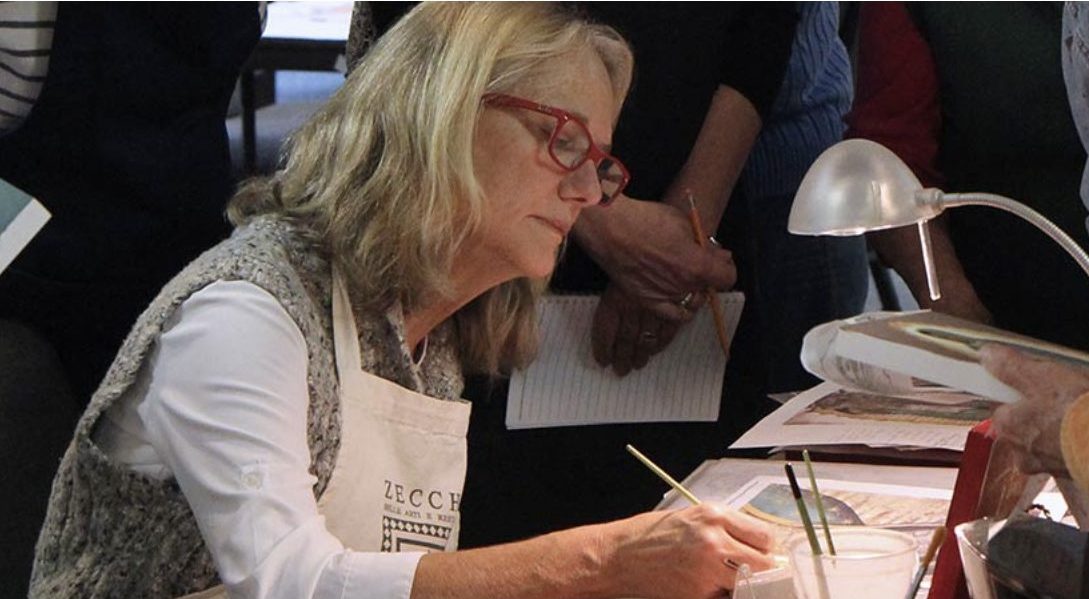 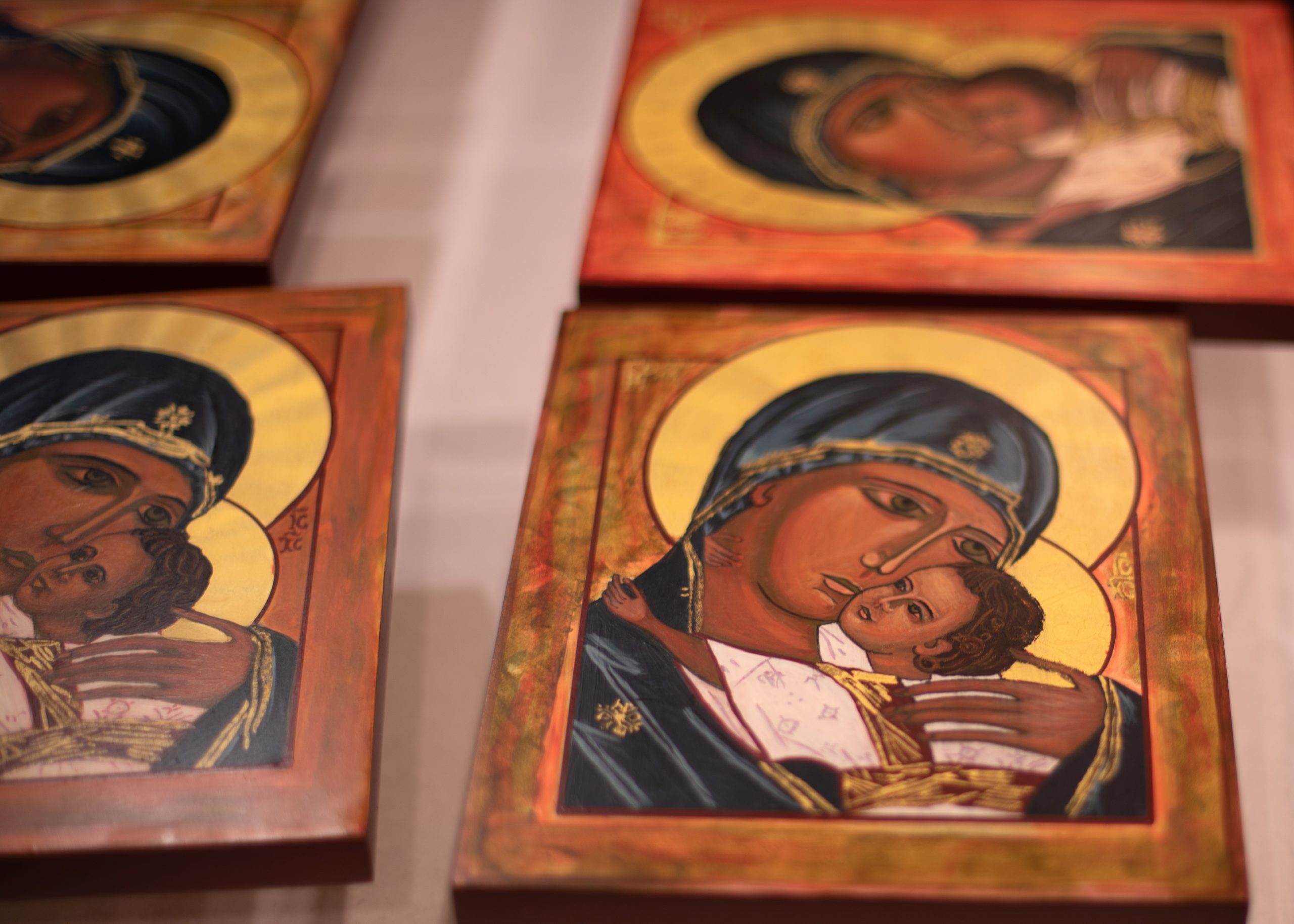 "I appreciated the quiet hours of prayerful contemplation, tinted with Gregorian chant, which the Icon Writing Retreat provided. By starting and ending each day with a meditation or devotional, I felt empowered, loved and supported."

"The icon workshop deepened my prayer life by being in the presence of God for extended periods, completely focused on Him. The image we created in prayer became a gift of that work, not the focus. "

St. Martin’s hosts renowned instructor Teresa Harrison for a five-day course in the ancient technique of icon writing during Lent. Icons are sacred images used in Christian worship and devotion for millennia.

This popular retreat inspires prayerful meditation, both in creating the art and reflecting upon the finished piece during the season of Lent. Organizers have planned full days that include worship, prayer time, meditation and fellowship. Participants write their own icons using acrylic paint and gold leaf, a medium that resembles the traditional egg tempera.

All art supplies are included in the registration fee. Students need to bring a small desk lamp and an apron or smock. 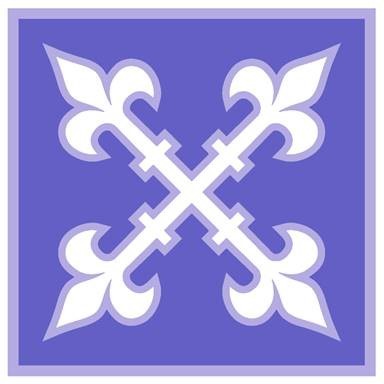 As one of the 20th century’s most famous atheists-turned-Christians, C.S. Lewis has much to offer as Christians consider the heart of this Season of Lent: repentance and change. With a different speaker for each week, culminating in a screening of Max McClean’s film “A Reluctant Convert,” the series will explore different dynamics of change and renewal through the lens of Lewis’ writings.

Max McLean will come to Houston on Wednesday, March 29, 2023, for a public screening of “The Most Reluctant Convert.” 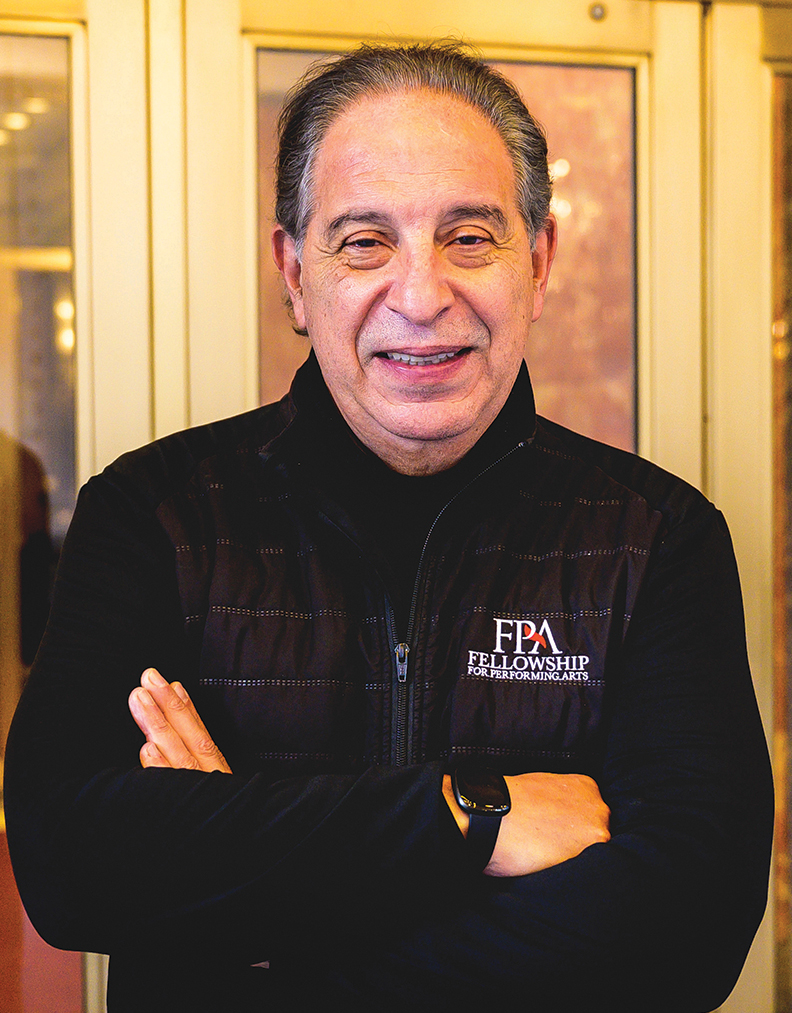 Don't miss Max McLean, the actor who played C.S. Lewis in the movie, "The Most Reluctant Convert: The Untold Story of C.S. Lewis," who will be attending the screening of the film and lead a question-and-answer period following its showing.

Max McLean is an award-winning actor and founder and artistic director of the New York City-based Fellowship for Performing Arts. FPA produces theatre and film from a Christian worldview meant to engage diverse audiences.

As an actor, McLean created the roles of Screwtape (New York, London, national tours), C.S. Lewis in The Most Reluctant Convert (New York, national tour) and Mark in Mark's Gospel for which he received a Jeff Award - Chicago theatre's highest honor. His work has been cited in The New York Times, Wall Street Journal, The Washington Post, The Chicago Tribute, CNN, The Guardian and The Boston Globe among many others. His narration of The Listener's Bible published by HarperCollins and Biblica has received four Audie Award nominations from the Audio Publishers Association. 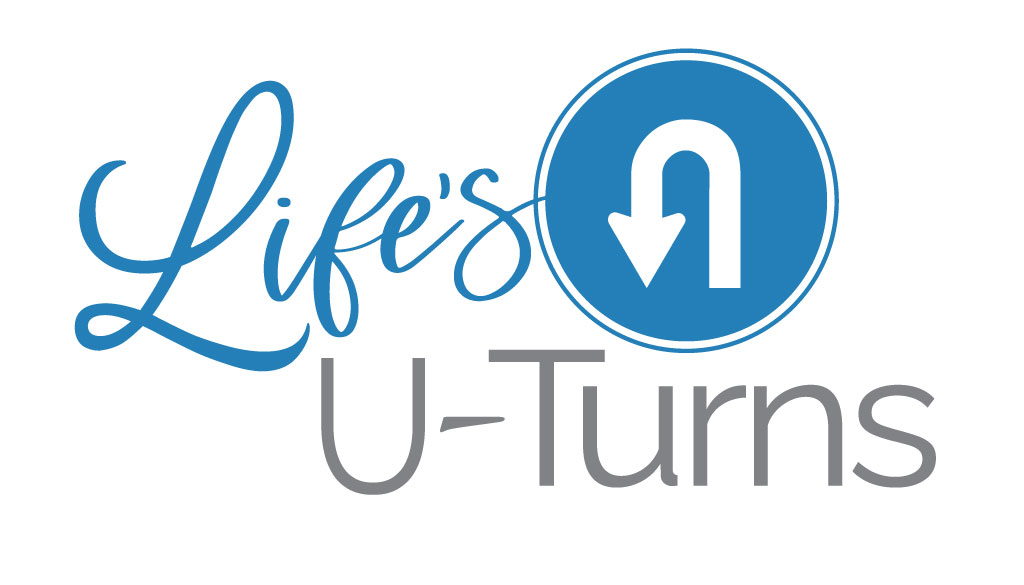 St. Martin’s Clergy will share their stories of change. Following Jesus brings with it changes of all kinds: from personal change within, to change of careers, geography and more. What is like to have God turn a person about 180 degrees? What lessons have the Clergy learned and what wisdom do they have to share? Come along to find out more. 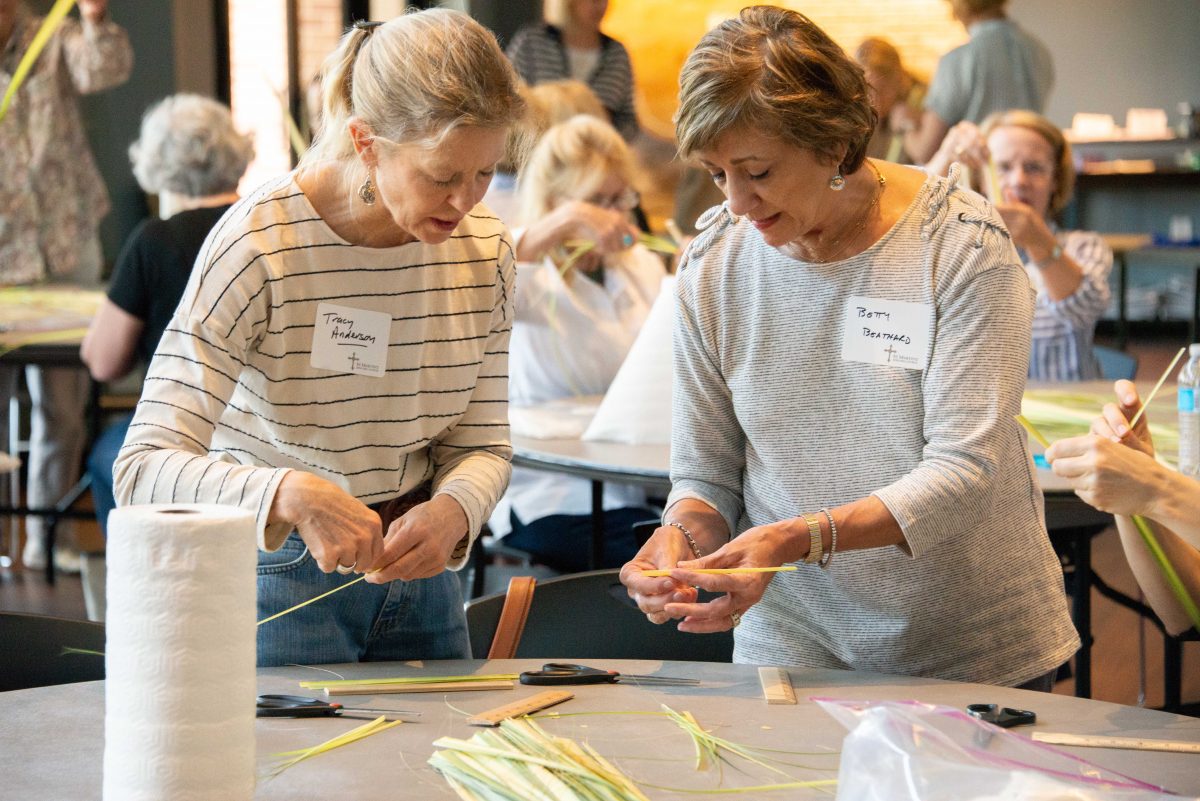 Before we can make crosses to wear on Palm Sunday, volunteers strip and divide the fronds. We invite all Parishioners to participate.

Join members of the Altar Guild as they make palm crosses to distribute on Sunday of the Passion: Palm Sunday. This annual tradition is a fun and meaningful time of fellowship and service. Please bring scissors.